An auditing firm can offer a number of important services to any small business, including monitoring compliance with its own polices as well as federal regulations, detecting and preventing fraud. In fact, a smaller organization may need these services even more so that a large company as it cannot afford a government fine, waste or employee fraud.

While most small businesses like to think they know their employees extremely well, and believe they’d never steal, unfortunately, things like embezzlement, fraud and malfeasance can and do happen more often than you might think. Any business that relies on trust alone can be extremely vulnerable by failing to take important steps to protect the business. Studies have found that long-term employees are actually the most likely to commit a fraudulent act – and, an employee who seems loyal and devoted by never taking a vacation or sick day, may actually be doing so for fear of exposing fraudulent activity.

While internal controls are a must, they generally aren’t enough. Often times, these controls aren’t properly enforced or designed. Or, they may not be updated when changes occur in the business. It’s essential to stay on top of the financial condition of the organization, ensuring that time is taken every month to review bank reconciliations and the checking account as well as conducting internal audits and testing procedures.

Of course, as a small business owner, your time is precious. Using your time wisely, such as to grow the business, is probably what you’ll want to focus on. By finding an auditing firm, these services will not only be provided for you, but it’s actually more effective. Internal auditors can’t effectively critique a company’s internal process as they’re a part of the business. External auditors can observe the operation from the outside and determine where the company may be wasting time or money in addition to critiquing accounting practices and general operations.

By finding an auditing firm, you’ll have access to professionals who can recommend ways in which to tighten accounting practices, reduce waste and even promote greater efficiency too.

Finding an auditing firm that will best meet the needs of your small business can be quickly and easily accomplished by contacting GoodAccountants.com with access to thousands of qualified firms in your area.

If you’ve ever thought you might need to find an auditing firm, this story might encourage to take the next step. Recently, a team of forensic accountants, who serve as financial detectives, started going through refunds that were issued by a national call center and found something might be askew. There were too many fours in the data, and it was their job to find out why.

It wasn’t that long ago that a subtle anomaly like that would have easily slipped by unnoticed, but as the Wall Street Journal reports, employee fraud is estimated to cost the country an estimated $300 billion a year, so forensic accountants are coming up with new ways to catch those who are trying to cheat.

In this case it seems, there were several hundred operators across the nation that were authorized to issue refunds up to $50, anything more than that required the permission of a supervisor. Due to the large number of refunds issued, there was the opportunity for theft, so the accountants took a further look into the validity of the payments using a test called Benford’s law.

The test is based on the fact that low digits are expected to occur far more frequently than high digits. According to the law, ones should account for 30% of leading digits, while each successive number should represent a progressively smaller proportion, with the nines coming last.

For certain operators, the refunds weren’t following this law. The accountants discovered a huge spike in the number of fours, leading them to believe there were a lot of refunds issued just below $50. They ultimately identified a number of operators who’d issued fraudulent refunds to themselves, friends and family members that totaled several hundred thousand dollars. Before the analysis took place, no one had a clue there was a problem.

Companies that find an auditing firm, employing them to examine their accounts, can potentially save an organization thousands of dollars, making capital markets more efficient and ensuring that if there is any cheating going on that it’s addressed right away.

Read the full article about how they caught fraud on the WSJ.

If you’d like to find an auditing firm contacting GoodAccountants.com can help you get started in ensuring the financial health of your company in the most stress-free manner possible. 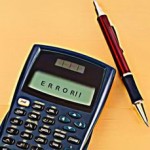 Accounting seems simple, but it requires precision as the slightest mistake could land you in trouble. Not only can it cause a problem in your books, but also result in financial loss. This is why it is imperative that you avoid common accounting mistakes, which can cause you trouble. For this purpose, you have to find an auditing firm to draw up your accounts. These auditing firms are well aware of common accounting mistakes and know how to avoid them.

One of the most common accounting mistakes businesses make is assuming their books are in perfect order because they use software for maintaining their accounts. Using software is an effective way of keeping your accounts in order, but since the entries have to be done manually, there is the risk of human error. Therefore, assuming your books are perfect simply because you use accounting software is a mistake. You should reconcile your business accounts with the bank statements periodically to ensure your books are balanced. You may have an in-house accountant do this or find an auditing firm to take care of the job for you.

Almost every business uses a credit line. When a sale is made customers may not pay up immediately and are issued invoices for the amount they owe. They may require one or two months to make the payment. Oftentimes, businesses pay for more than one invoice at a time.

At times, customers delay the payments. This is where you need to be vigilant. If you did not know about a customer making a late payment, there is a good chance the customer can get away with not paying at all. This is why you need to have a foolproof invoice system. If a customer delays a payment, you need to contact them and see why the payment was delayed. Even if they have a genuine reason, you should still inquire.

Accounting for cash in hand is tricky and  is the cause of one of the most common accounting mistakes. This is because excess cash can be given away on some occasions. Moreover, mistakes can be made while counting cash, and cash is also susceptible to theft. If you deal in cash, you should make sure the cash tills are balanced regularly to avoid such issues.

If you have the slightest problems in managing your business accounts, you should find an auditing firm that can do the job for you. This way, you can avoid the common accounting mistakes that can cause trouble. 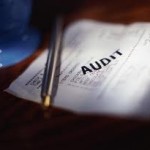 Recently, it has been uncovered that the Tennessee Wildlife Resources Agency has significant problems with their financial tracking. An audit done by the state comptroller’s office showed that credit card expenses were not tracked correctly, and there are many transactions that are not in line with the policies of the agency.

These problems are not uncommon, especially if a company is not proactive with managing and auditing the spending habits of the employees. To get a clear picture on the financial strength and weaknesses within your company, it is important to find an auditing firm who can step in to take an unbiased look at the books. The firm will point out any possible holes within the accounting of your company, which allows you to make adjustments to spending plans and employee management in order to be sure the money is being managed correctly.

After you find an auditing firm to help with the analysis, it is important to put checks and balances in place to avoid future problems. Additionally, regular audits should be done to be sure the day-to-day operations are staying in line with the policies and procedures of the company.

It can be difficult to find an auditing firm that will offer the best services for your company, and choosing the right firm may seem overwhelming because there are so many options to pick from. A good auditor should have qualifications such as experience working complicated processes that involve different skills, and the auditor should be able to manage the audit while keeping regulations and client expectations at the forefront of their mind.

An auditor has a lot of responsibility on their shoulders, so research their qualifications before you make a decision to hire them. Cost is another consideration, because auditing services can vary in price range significantly, depending on the type of audit that is needed for your company. One easy way to locate a good auditor is by using a service such as GoodAccountants.com which allows you to access bids from multiple auditing firms with good reputations. You will be able to check the financial health of your company, without having the stress of trying to locate a qualified auditor who can get the job done right. 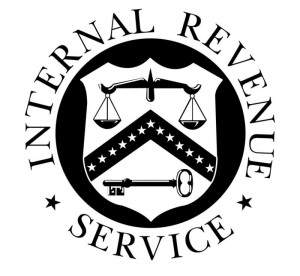 Hunters eagerly anticipate the start of deer season. Caterers make extra room in their safes before the start of wedding season. Children across the country don their favorite team’s cap for the opening day of baseball season. However, one season strikes fear into most Americans.
With the April 15 federal tax filing date behind us, audit season is beginning to pick up steam. Unlike deer season, which requires a license, or baseball season, which requires tickets, the only thing you get as a reminder of audit season is a neatly type letter from the IRS. The letters cause the most hardened Americans to run for cover. They panic and throw away the letters, hoping the IRS conveniently forgets about their existence.

The first thing to remember for learning how to find an auditing firm is the IRS does not forget about you.

Yet you have a better chance of becoming involved in a car accident than you do hearing the IRS knock on your front door. Unless you make over $200,000 per year, you have less than a one percent chance of receiving the dreaded audit letter. Even taxpayers who earn $5 million per year only have a five percent chance of welcoming the IRS to their homes.

Nonetheless, you should prepare for an audit by learning how to find an auditing firm. Instead of burning the IRS letter and moving to South America, you can take measures that ensure you garner the best representation in front of the IRS panel that performs your audit. By going to GoodAccountants.com, you take the important first step on the road to taxpayer redemption.

Once you access GoodAccountants.com, click on the audit link to learn how to get five competitive bids for your audit. Make sure you review the video testimonials to hear from people just like you who found the right accountant for their IRS audit. You need to find an accountant whose educational and professional credentials match your unique audit parameters. Look at GoodAccountants.com as an accountant clearinghouse that provides you with the most cost effective way to find accounting experts for private, pension plan, and bank audits.

Staff reductions, coupled with increased workloads have caused IRS audits to decline. Whether the percentage of IRS audits remains low or more resources prompt the agency to ramp up the heat, you should know how to find an auditing firm. Remember that the sooner you act, the better chance you have of finding the best auditing firm on GoodAccountants.com